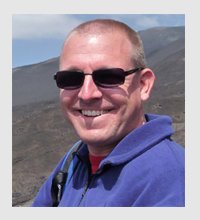 Award winning 3D designer, Christoph is responsible for some of the most innovative designs, observations, and insights available on the makeSEA registry. Hailing from Zurich, Switzerland, a stronghold for master tradesmen and creatives since the 12th century, Christoph couples his formal expertise in electrical engineering and software development with his passion for mechanics to design 3D printable mechanical clocks, motors, and a variety of scalable components and usable objects. He is also a primary contributor to the makeSEA wiki and blog, where he records invaluable results and observations from his 3D printing experiments, which are used as a reference manual for other 3D print engineers and enthusiasts.

After completing the masters degree in Electrical Engineering at the ETH, Zurich, Christoph worked as a software developer - initially in semiconductor industries, and later in life science. Designing and creating innovative software, interacting with customers, and managing a small team of software developers was his passion.

Always taken with mechanical constructions, Christoph designed and experimented with RC model airplanes. With the advent of 3d-printing, Christoph found a new type of creativity, focusing on mechanical watches. His imagination and 3D printing allow him to transform his "crazy" ideas into reality. His belief that future watches will be highly customisable - not only engraving, ornaments or decoration, but real complex objects combining mechanics and electronics - has led him to explore and push the boundaries for 3D printing, combining advanced mechanics and pleasing aesthetics in the process.

Christoph Laimer named as Winner of the Share Prize, 2016

This attractive domestic timepiece adds flair to any living room, and is a functional Swiss clock that is almost entirely 3D printed. The Watch is open-source, so every working piece of it is open for inspection, on the web and in the home as well.